A tour with Captain Dan on the beautiful Low Country waterways will give you an extra spark in your Charleston vacation which will last well beyond your next great meal!  We have water tours for several of the sites listed below....but the real difference with us is that you can decide which Charleston area is most interesting for your group to see and experience.

Our Historical boat tour sites include: 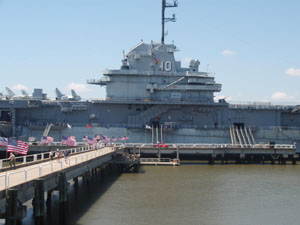 USS Yorktown (CV/CVA/CVS-10) is one of 24 Essex-class aircraft carriers built during World War II for the United States Navy. She is named after the Battle of Yorktown of the American Revolutionary War, and is the fourth U.S. Navy ship to bear the name. Initially to have been named Bon Homme Richard, she was renamed Yorktown while under construction to commemorate USS Yorktown (CV-5), lost at the Battle of Midway in June 1942. Yorktown was commissioned in April 1943, and participated in several campaigns in the Pacific Theater of Operations, earning 11 battle stars and the Presidential Unit Citation.

Located on Shutes Folly, a small island in the inner harbor of Charleston, South Carolina, Castle Pinckney is one of the least known and most tragically neglected 19th century coastal forts in the South.  The ruins are not open to the public, but can be viewed from the various tour boats that make their way through Charleston Harbor. 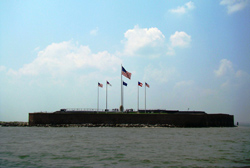 Fort Sumter is a Third System masonry sea fort located in Charleston Harbor, South Carolina. The fort is best known as the site upon which the shots initiating the American Civil War were fired, at the Battle of Fort Sumter.  In 1966, the site was listed on the National Register of Historic Places. 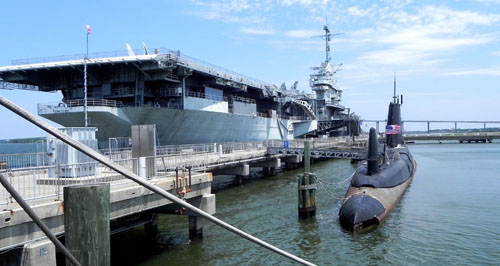 Charleston Naval Shipyard (formerly known as the Charleston Navy Yard) was a U.S. Navy ship building and repair facility located along the west bank of the Cooper River, in North Charleston, South Carolina and part of Naval Base Charleston. It began operations in 1901 as a drydock, and continued as a navy facility until 1996 when it was leased to Detyens Shipyards, Inc. during down-sizing. 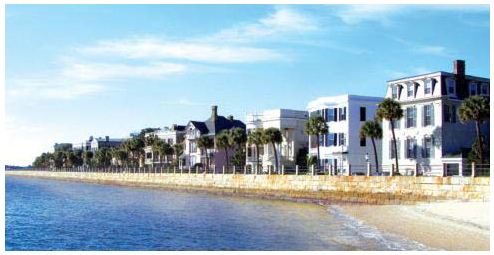 One of the best spots  to get to know Charleston, South Carolina is Battery Park. This lovely spot on the waterfront features southern mansions, cannons, cannon balls, oak trees, palmettos, statues, a gazebo, and incredible views of Fort Sumter, Castle Pinckney, and the Sullivan Island Lighthouse. 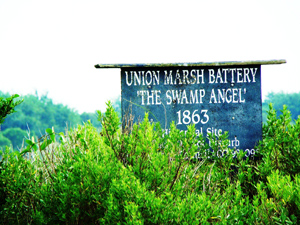 The Marsh Battery, also known as the “Swamp Angel,” was a Union battery constructed in 1863, strategically placed to fire shells directly into the city of Charleston. Armed with a 200-pound rifled and banded Parrott gun, the battery fired its first shot at 1:30 am on August 22, 1863. The large gun burst after its thirty-sixth shot. 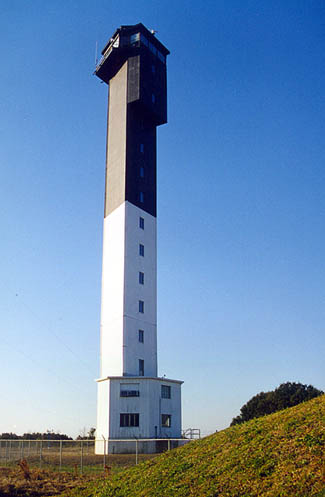 Fort Moultrie is the name of a series of citadels on Sullivan's Island, South Carolina, built to protect the city of Charleston, South Carolina. The first fort, built of palmetto logs, inspired the flag and nickname of South Carolina, "The Palmetto State". It is named for the commander in the Battle of Sullivan's Island, General William Moultrie.  Fort Moultrie is the only area of the National Park System where the entire 171-year history of American seacoast defense (1776–1947) can be traced.

Cumming's Point was on Morris Island. There, P.G.T. Beaurgard ordered that a battery be built there to help reduce Fort Sumter. Accordingly, an iron-clad battery was placed there, twelve hundred yards from the weakest side of the Fort. In this location, the battery had a commanding view of the Sally Port and wharf, where supplies and reinforcements would arrive. 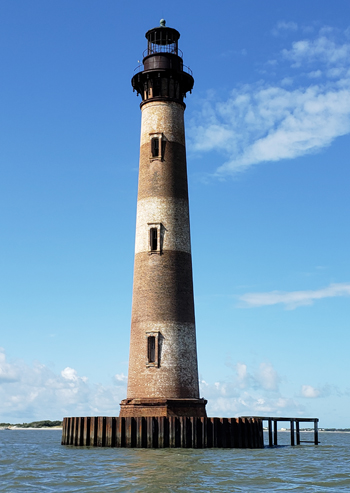 Morris Island lighthouse stands all alone about 300 yards off shore from the island of Folly Beach. It can be viewed from the northeast end of Folly Island and from the bridge coming on to Folly Beach.

The Morris Island lighthouse is now completely surrounded by water but was once sitting on a good sized island with numerous buildings around it. The lighthouse was completed in 1876 and was the second lighthouse to be built on the island. 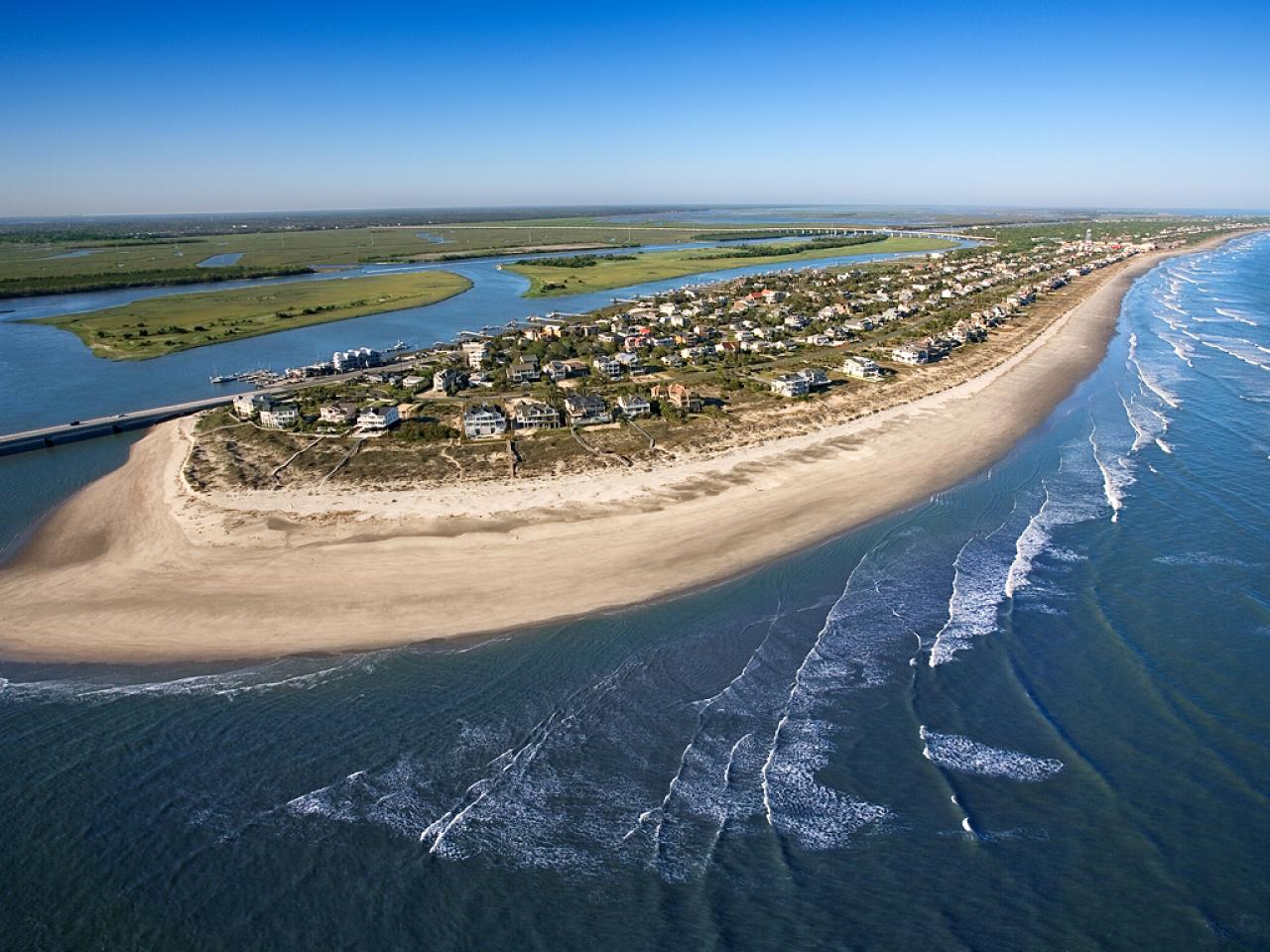 Isle of Palms is a city in Charleston County, South Carolina, United States.  Isle of Palms is a barrier island on the South Carolina coast. The town lies along a narrow strip of land, hugging the beach, separated from the mainland by the Intercoastal Waterway. It is an affluent community of both vacation home owners and year-round residents, with large beachfront homes, resorts, and local restaurants. Beach volleyball is popular in the summer, and the famed "Windjammer" restaurant features 1 court, hosting several tournaments throughout the year. 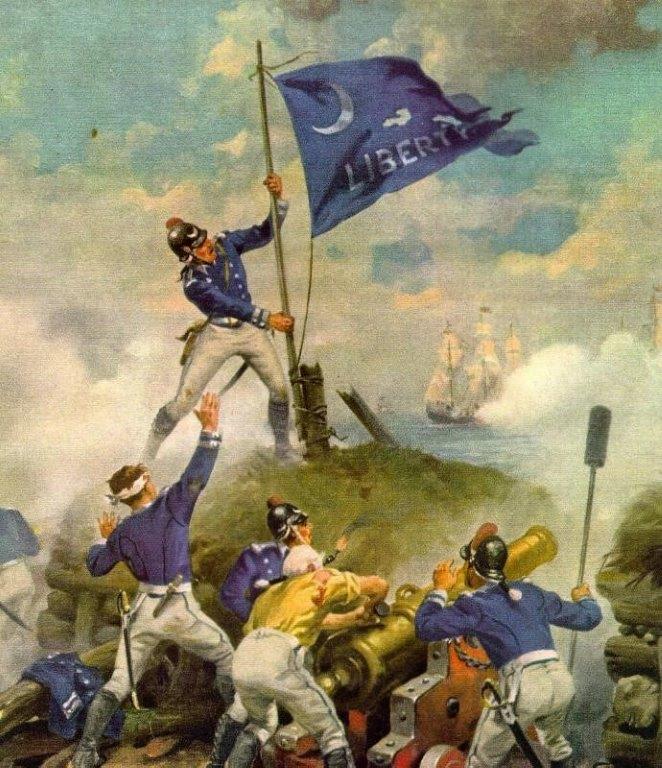 Sullivan's Island is a town in Charleston County, South Carolina, United States, at the entrance to Charleston Harbor.  It is the site of a major battle of the American Revolution at Fort Sullivan (Now Fort Moultrie) on June 28, 1776. Sullivan's Island was the point of entry for approximately 40 percent of the enslaved Africans brought to British North America, and has been likened to Ellis Island.

Captain Dan and his crew can tailor your charter boat tour to include any of the sites listed above.  Let us make your Charleston water tour experience one you'll never forget!