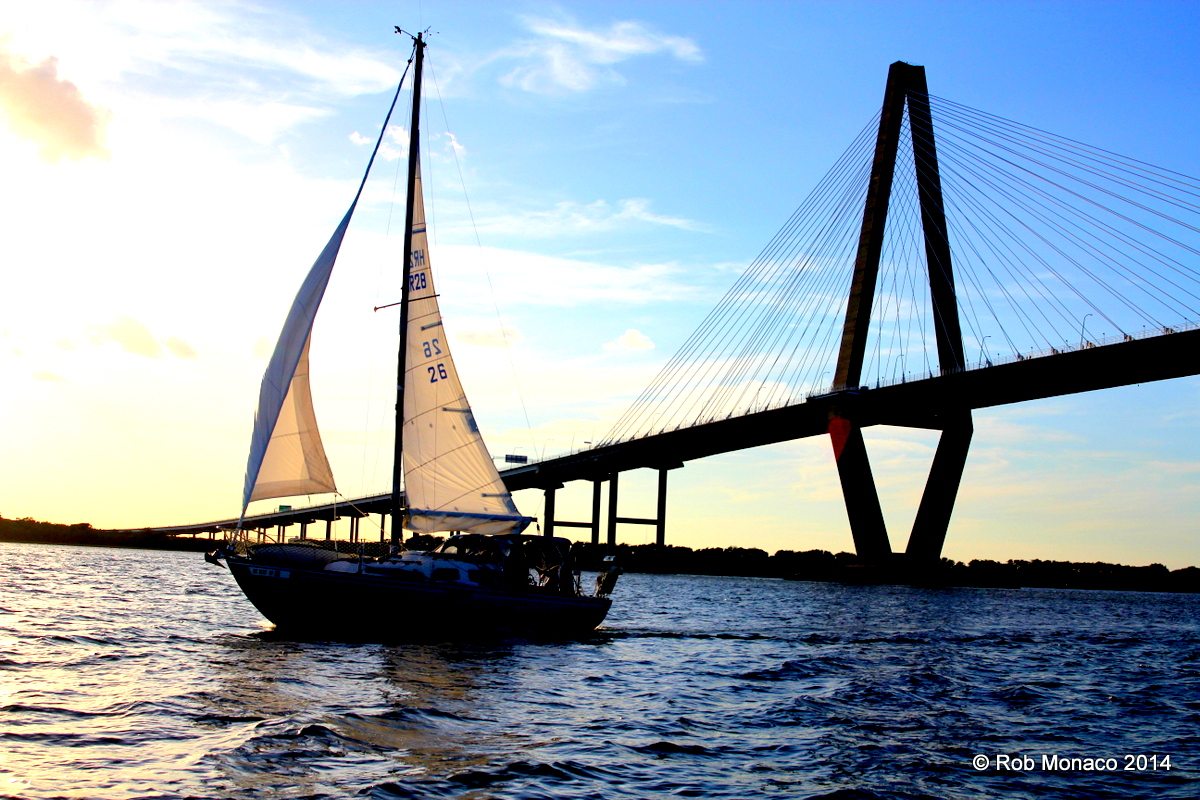 A tour with Captain Dan on the beautiful Low Country waterways will give you an extra spark in your Charleston vacation which will last well beyond your next great meal! We have water tours for several of the sites listed below....but the real difference with us is that you can decide which Charleston area is most interesting for your group to see and experience.

Our Waterways boat tour sites include:

The Charleston Harbor is an inlet of the Atlantic Ocean at Charleston, South Carolina. The inlet is formed by the junction of Ashley and Cooper rivers at West Morris and Sullivan's Island.  Charleston Harbor was also the site of the first successful submarine attack in history.

Shem Creek flows through the heart of Mount Pleasant and is known for its many waterfront bars and restaurants. It also offers a variety of leisure activities including fishing, boating and kayaking.

A jetty is any of a variety of structures used in river, dock, and maritime works that are generally carried out in pairs from river banks, or in continuation of river channels at their outlets into deep water; or out into docks, and outside their entrances; or for forming basins along the coast for ports in tideless seas.

The Cooper River is a mainly tidal river in the U.S. state of South Carolina. These cities are located along the river, Mt. Pleasant, Charleston, North Charleston, Goose Creek and Hanahan.  Short and wide, it is joined first by the blackwater East Branch, then farther downstream, the tidal Wando River.  Almost immediately thereafter, the river widens into its estuary, uniting with the Ashley River to form the Charleston Harbor (then, as locals like to say, the Atlantic Ocean).

The Wando River is a tidewater river in the coastal area of South Carolina. It begins in the town of Awendaw and empties into the Cooper River at Charleston Harbor.

The Ashley River is a blackwater / tidal river in South Carolina, rising from the Wassamassaw and Great Cypress Swamps in western Berkeley County. It consolidates its main channel about five miles west of Summerville, widening into a tidal estuary just south of Fort Dorchester. The river then flows for approximately 17 miles along the historical banks of the City of North Charleston before reaching peninsular Charleston. The much wider Ashley joins the Cooper River off the Battery in Charleston to form Charleston Harbor before discharging into the Atlantic Ocean.

The Stono River is a tidal channel in southeast South Carolina, located southwest of Charleston. The channel runs southwest to northeast between the mainland and Wadmalaw Island and Johns Island, from north Edisto River between Johns (West) and James (East) Island. The Intracoastal Waterway runs through southwest-northeast section of the channel.  The Stono River is also famous for the Stono Rebellion which started on September 9, 1739 and became the largest slave uprising in the British mainland colonies prior to the American Revolution. 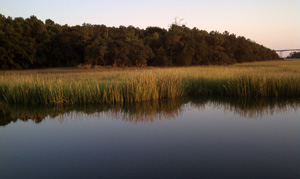 The Intracoastal Waterway is a 3,000-mile (4,800-km) waterway along the Atlantic and Gulf coasts of the United States. Some lengths consist of natural inlets, salt-water rivers, bays, and sounds; others are artificial canals. It provides a navigable route along its length without many of the hazards of travel on the open sea.

James Island is a large triangular sea island framed by Wappoo Creek and Charleston Harbor on the north, Morris Island and Folly Beach on the east, and the Stono River and Johns Island on the west. Affectionately nicknamed "Jim Isle," it is laced with creeks and sounds ... and well known for its farming, fishing and shrimping and ancient live oaks.

Captain Dan and his crew can tailor your charter boat tour to include any of the sites listed above. Let us make your Charleston water tour experience one you'll never forget!